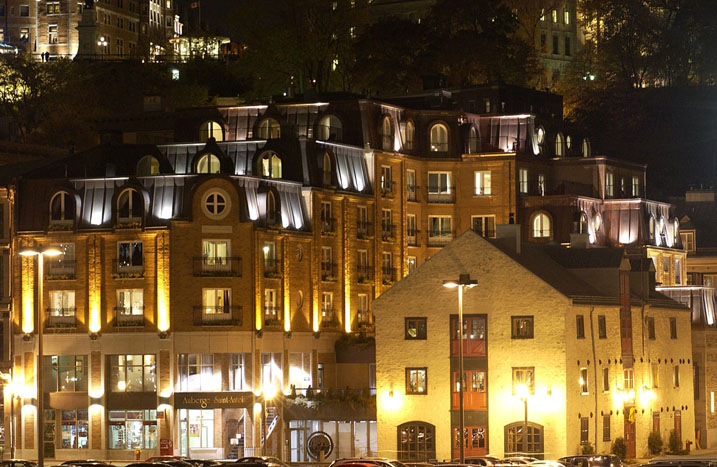 Auberge Saint-Antoine is located in Québec City in the heart of Canada’s richest historical district, a UNESCO world heritage site. Perched on the shores of the St. Lawrence River and a stone’s throw from Musée de la civilization, the Auberge is just steps away from Place Royale. It is the perfect home base for exploring romantic, historical Québec City.  Built on one of Québec City’s richest archaeological sites, the Auberge is made up of 3 historical buildings from the 18th and 19th centuries as well as a wharf and battery structure that date back to the end of the 17th century.  Hundreds of artifacts from both the French and English regimes were discovered during an extensive archaeological dig on the property. In this unique contemporary space, the past has been audaciously re-interpreted for you to savour. 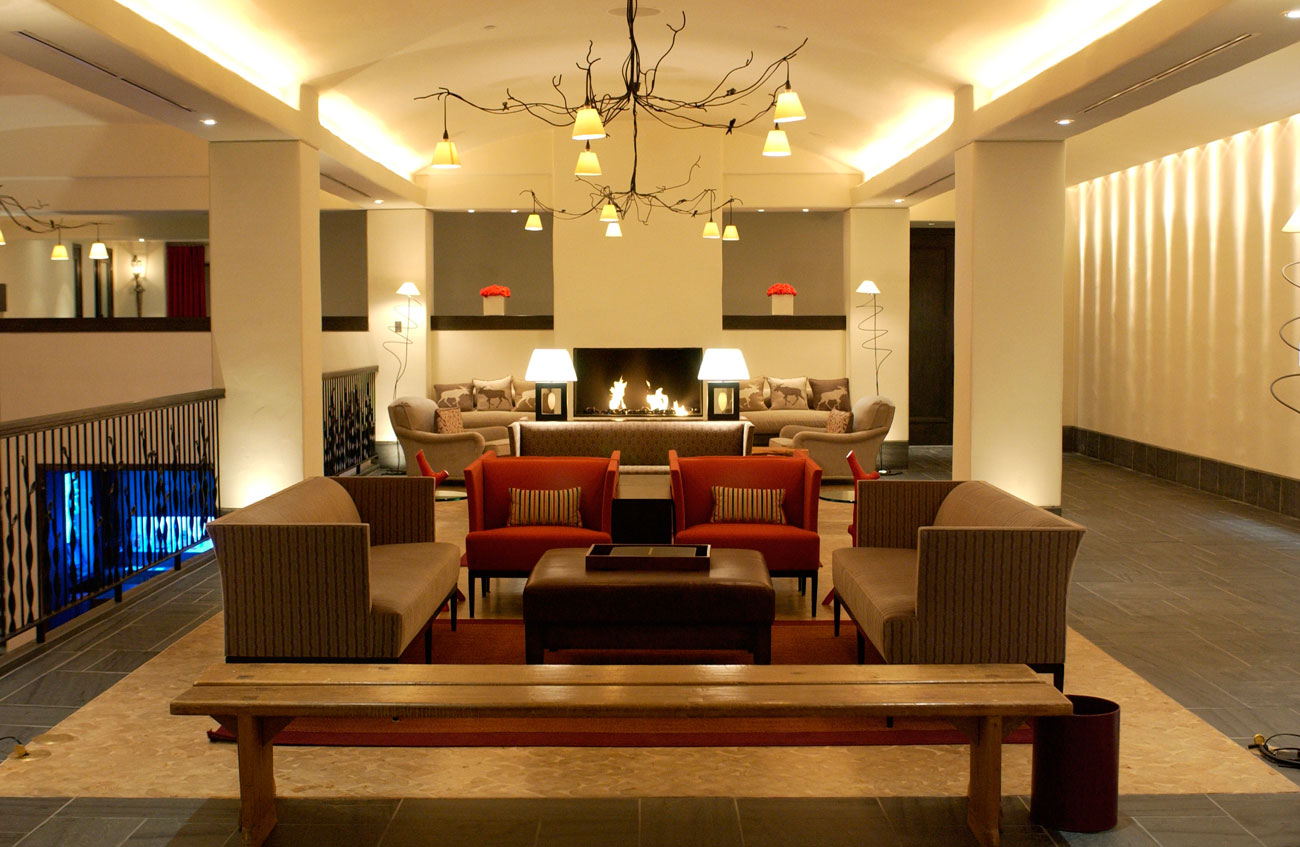 Guest Rooms:
Auberge Saint-Antoine boasts 31 original rooms, each with its own unique history.  Another 64 rooms were added when the hotel expanded.  All rooms offer evening turn-down service, deluxe bedding, hypo-allergenic goose down duvets and pillows, toiletries by "We Live Like This", robes and slippers, a Bose stereo system, independently controlled heating and air-conditioning, French windows, Wi-Fi access, two telephone lines equipped for conference and hands-free calling, voicemail service, a safe, a clock radio, an iron and ironing board, a Nespresso coffee machine, a teapot, and a minibar.  All new and newly renovated rooms also boast archaeological artifacts with descriptions, heated bathroom flooring, and fog-free mirrors.  Some rooms also have a balcony and/or fireplace. 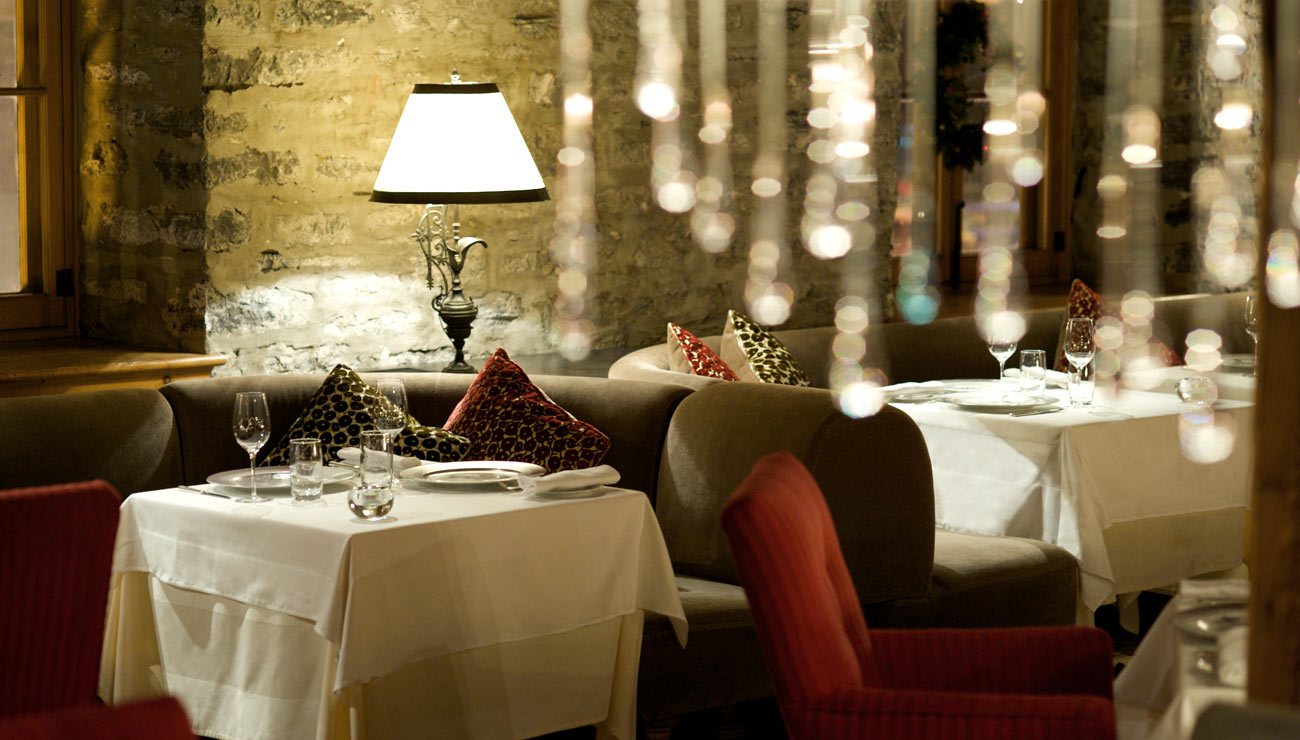 Dining:
Inaugurated in July 2004, Panache restaurant offers a menu which is traditional French Canadian cuisine with a twist, a revival led by the talent of the Executive Chef and his brigade.  Nestled amid stone walls built to house a riverside warehouse in the 19th century, Panache's dining room offers exceptional intimacy and stunning views of the bustling river.  The historical building, which had been abandoned prior to being acquired by the Price family in 1990, was lovingly restored with the utmost care in order to preserve all aspects of its heritage.

Café-Bar Artéfact, the bar of Auberge Saint-Antoine offers another glimpse of the past through historical objects such as the Dauphine Battery and window displays overflowing with objects dating from six different eras.  Cafe-Bar Artefact is sure to please even the most discerning of palates.  Set against a casual backdrop, it's the perfect place to catch up over a light meal in one of the alcoves next to the bar or tucked into one of the leather easy chairs by the windows.  It also boasts one of Quebec City's top cocktail menus.

Guests of the Auberge Saint-Antoine can relax and workout at LeGYM, the hotel's signature gym and health zone.  Opened in spring 2008, LeGYM features a secure state-of-the-art fitness facility with 24-hour access, yoga studio, private spa treatment rooms, Finnish saunas and his and hers dressing quarters.  LeGYM is sure to meet every guest's needs with a variety of technogym fitness equipment including free weights, Swiss balls, treadmills, stationary bicycles and elliptical machines.  Certified personal fitness experts offer private sessions to those who wish to add extra intensity to their workout.  LeGYM also offers a variety of spa services in its three tranquil treatment rooms.

Meetings:
Auberge Saint-Antoine has five meeting and banquet rooms.  We guarantee the success of your event by arranging your meeting facilities, meals, transportation, entertainment, décor, flowers, and other personal touches specific to your needs. We can also arrange cultural, historical, sports, or other activities for your group.  The Saint-Antoine offers corporate customers a variety of location and service options for events both large and small.